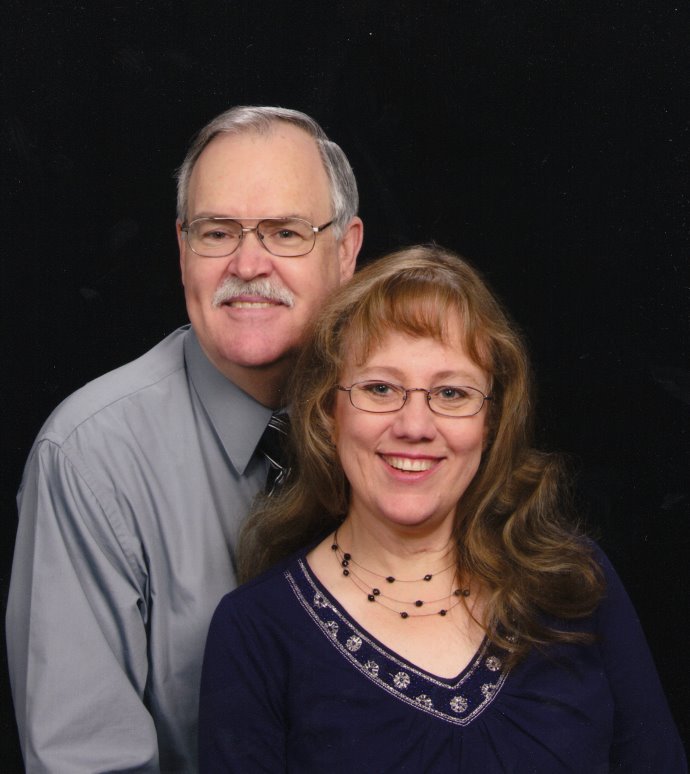 Pastor Bob & Margaret Lee began serving in Alaska in July 2010. Bob is station manager of KAKN, KAKD & KIGI Radio in Naknek. They met in Bible school, married in 1979, served under World Mission Prayer League and the Norwegian Santal Mission in Bangladesh (1981-1997), under Campus Crusade for Christ (The JESUS Film Project) for distribution in Southeast Asia (1997-2006), and the Association Free Lutheran Bible School in Plymouth, Minnesota (2006-2009).

Margaret is a teacher at Bristol Bay Borough School in Naknek. Bob & Margaret have four married children and fifteen grandchildren who live in California,  Alaska, Minnesota, and Brazil.

Pastor Jeremy Crowell and his wife Lacey currently serve with Association of Free Lutheran Congregation (AFLC) Home Missions and FLAPS in Naknek, Alaska. Jeremy started pilot training with his father (who was also a flight instructor) when he was 15 years old. After high school, Jeremy attended Everett Community College and became a licensed aircraft mechanic. During that time, he also pursued advanced pilot training and ratings with MATA. He eventually became a flight instructor and worked with the ministry for several years as a mechanic and flight instructor. He assumed the role of Director of Flight Operations for MATA upon his father’s death. In late summer of 2006, the Lord called him to attend Association Free Lutheran Theological Seminary (AFLTS). He married Lacey Gee from Arlington, WA in August of 2007. During their years at seminary and on internship, the Lord confirmed their call to Naknek, Alaska, to serve as a missionary pastor, pilot, and mechanic. After graduation in May of 2010, they moved to Naknek in August of 2010. In April of 2011, God blessed them with their first child Malachi, who keeps them quite busy!